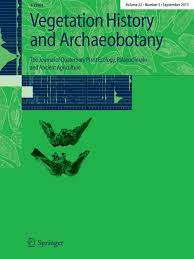 The mountain foothills of inner Asia have served as a corridor of communication and exchange for at least five millennia, using historically documented trade routes such as the Silk Road and the Tea-Horse Road. Recent research has illustrated the important role that this mountain corridor played in the dispersal of crops and farming technology between northeast and southwest Asia 5,000 to 1,000 years ago. However, the role of the mountain valleys along the southern rim of the Pamirs and Himalaya in facilitating crop dispersals has not yet been fully explored. Notably, ongoing debates over secondary dispersals of Hordeum (barley) and Triticum (wheat) into China and the routes of dispersal for the East Asian crops Oryza sativa (rice), Prunus persica (peach) and P. armeniaca (apricot) into northern India are continuing topics of inquiry. In this article, we add to these discussions by focusing on archaeobotanical remains from the Barikot site (ca. 1200 bce–50 ce) in the Swat valley of northern Pakistan. The Swat valley is an ancient settlement zone in the Hindu Kush-Karakoram foothills, whose cultural features have always had a strong link with inner Asia. The archaeobotanical assemblage illustrates that a diverse array of crops, with origins across Asia, were cultivated around the same settlement. Additionally, these farmers likely implemented seasonal cropping cycles and irrigation that required various labour inputs and water management regimes.

← Megadrought and Cultural Exchange along the Proto-Silk Road
An Imagined Past? Nomadic Narratives in Central Asian Archaeology. Current Anthropology →

Editing a manuscript, not exactly like working in the office. #beachlife #livinitup #hardatwork #rivieramaya #robertspengler
You may not agree with everything he said, but you have to admit that he made the anthropological/archaeological community think. #marshallsahlins #socialtheory
An interesting Clubhouse discussion, at 2:00am here in Europe.
After three and a half years at the Max Planck, I decided to decorate my office - in honor of Jena, Germany’s deep legacy of Darwinian Evolutionary Theory, three of Ernst Haeckel’s prints from Kunstformen der Natur (Art Forms in Nature) published in sets from 1899 to 1904. Haeckel was a strong Darwinian, pushing evolutionary ideas among the Prussia intellects, and spending most of his career here in Jena. #haeckel #ernsthaeckel #jena #jenagermany #phylogeny #history #darwinian #evolutionarytheory #artprints #scienceprints #robertspengler #taxonomy #treeoflife #maxplanckinstitute #maxplanckinstituteforthescienceofhumanhistoy
A little light reading on a Saturday morning during lockdown... picking back up some old classics #lockdownreading #robertspengler #evolution #evolutionaryecology #ernstmayr #vgordonchilde #stephenjaygould #archaeology #darwinian #saturdaymornings
#lockdownhair someday this lockdown will be over and society will expect me to shave and cut my hair... #archaeologistlife #robertspengler #fruitfromthesands #fruitsofthesilkroad #lettingitgrow 📷 @monica.yanda
Ongoing research in the microscope lab at the #mpishh in #jenagermany If you have not already seen it, the new publication on the origins of a barley-dominant economy in Tibet has been published: https://www.shh.mpg.de/1914795/barley-based-agriculture-in-central-tibet for other interesting research in our lab, visit: Robertnspengler.com #archaeology #archeologylife #archaeobotany #centralasia #innerasia #innerasianarchaeology #centralasianarchaeology #archaeologyofthesilkroad #silkroadarchaeology #robertspengler #tibet #fruitfromthesands #fruitsofthesilkroad
Lecturing from home comes with its challenges, but one of the perks is the fact that shoes are optional. #shoeless #lecture #archaeology #archaeobotany #robertspengler #fruitfromthesands #fruitsofthesilkroad #FEDD #jenagermany #silkroad #silkroadarchaeology #spiceroutes #centralasia
An assemblage of some castles around Jena, Germany. These beautiful ruins and restored structures are scattered around the hills and on top of the glacial-cut valleys. Most of them are still accompanied by their small towns. #germany #castle #jenagermany #archaeological #archaeology #robertspengler