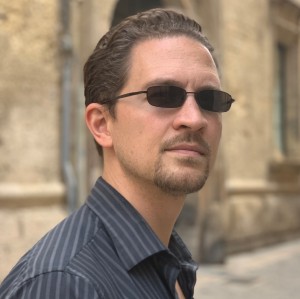 Dr. Spengler is the director of the FEDD project and coordinates the research agenda, he also runs the Paleoethnobotany Laboratory at the Max Planck Institute in Jena, Germany. He is a former Visiting Research Fellowship through the Institute for the Study of the Ancient World (ISAW) at NYU and a Volkswagen and Mellon Foundations Postdoctoral Fellow. He is the author of Fruit from the Sands: The Silk Road Origins of the Food We Eat, published with the University of California Press. He is also wrapping up writing on his next book, Domestication: Nature’s Greatest Success. Spengler has studied the archaeobotany of Central Asia for over two decades and worked on projects in seven countries and at more than 15 archaeological sites. His research agenda covers the original domestication and dispersal of many of the most important crops in the ancient world. He explores the ways the Silk Road shaped the foods we all eat today.

Dr. Dal Martello is a postdoctoral research fellow on the FEDD project. She analyses ancient plant remains to reconstruct past subsistence practices. Her research aims to increase the understanding of complex societies along early contact and trade routes across China and Central Asia during late prehistoric and early historic periods. More broadly, she also investigates agricultural and culinary traditions along ecological frontier zones. She is especially interested in how the movement of plants and people across these frontiers impacted changes in agricultural societies through time and space, with special attention to the production and consumption of local minor crops. Dr. Dal Martello received her PhD in 2020 in the Archaeology Department from University College London. Her PhD research investigated the timing and development of agricultural systems in the frontier region of Yunnan, in southwest China. She also holds a MA degree in Neolithic Archaeology from the School of Archaeology and Museology at Peking University, where she focused on the early contacts between the Chinese Central Plains and the Steppes during Neolithic times.

Madelynn is an archaeobotanist who uses botanical macrofossils to examine the reciprocal relationship between humans and plants. Particularly interesting to her is how environmental conditions and climate change impact agricultural systems and how changes in the human–environment relationship can foster cultural resilience in both ancient and modern populations. She works in the Eastern Mediterranean and Central Asia. Madelynn’s current work as part of the FEDD research group examines the wood charcoal from various sites along the Silk Road for evidence of the spread of fruit trees, particularly from the Rosaceae family, and for woodland management practices. Dr. von Baeyer, recently completed her stay as a Research Fellow at the Harvard University Herbaria. Prior to that, she studied macrofossils from Turkey and Greece as part of her PhD project at the University of Connecticut. 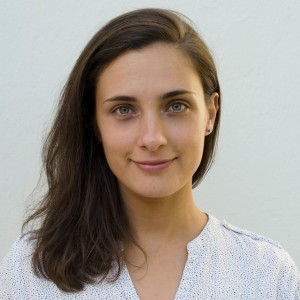 Dr. Ashastina oversees the Paleoethnobotany Laboratory and is a researcher on the FEDD Project. She is working with macrobotanical material from several important Silk Road sites and it eager to push her research agenda further back in time. Dr. Ashastina received a degree in Physical Geography and Ecology from Saint-Petersburg State University, Russia, in 2011 and her double MSc degree in Polar and Marine Research from the University of Hamburg, Germany, and Saint-Petersburg State University in 2013. She then pursued her PhD, joining a project called: “Tundra-Steppe: Interactions between vegetation, climate and large herbivores in West Beringia during the late Pleistocene” at the Senckenberg Research Station of Quaternary Palaeontology in Weimar, Germany. In 2018, Kseniia defended her PhD at the Friedrich-Schiller University, Jena, Germany, with her dissertation titled: “Palaeo-environments at the Batagay site in inland West Beringia during the late Quaternary”. 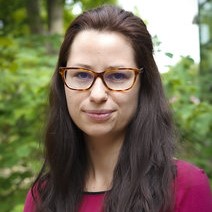 Huber is investigating the global dimensions of the dispersal of ancient aromatic plants and spices throughout West Asia and East Africa using biochemical analyses to characterize organic remains. In her current projects, she studies the use of scented plants, perfumes, ointments, and resins alongside the incense and spice routes using biomolecular fingerprinting of plant secondary metabolites, lipids, and proteins. Ultimately, she is providing aroma to the archaeology of the ancient world and allowing archaeologists to explore a previously unstudied dimension of the past. She is currently working on her dissertation research at the Max Planck Institute for the Science of Human History and is working in collaboration with Freidrich Schiller University. 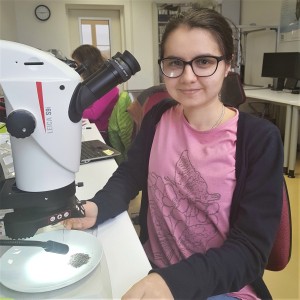 Mir Makhamad is working on her dissertation research at the Max Planck Institute for the Science of Human History and is working in collaboration with Fredrick Schiller University. She is interested in the medieval trade routes through Central Asia and the origins and dispersal of arboreal crops. She has specific projects focused on the ancient archaeological city of Paykend and she is exploring the origins of the pistachio. Previously, she studied in Portugal (Universidade de Évora), Greece (Aristotle University of Thessaloniki), and Italy (Sapienza University of Rome) and has roughly two years of experience working with archaeobotanical material. Her current work is dedicated to archaeobotanical studies of the medieval period in southwestern Central Asia, but she has worked on Bronze Age material from Kyrgyzstan and trained at a number of sites across Europe and Turkey.

Tang is a PhD student at the Max Planck Institute for the Science of Human History in Jena. She received her BA in Archaeology from Shandong University, and her MA in Archaeology from Sichuan University. Her master project focused on the early agricultural and pastoral strategies in central Tibet. Her research focuses on the development of paleoeconomy on the Tibetan Plateau and its surrounding regions; she is particularly interested in knowing when people switched to a more barley-centric system and what role dairy products played through time. Her PhD project takes a diachronic approach to the adaptations of people to one of the most extreme ecologies on Earth. She is studying macrobotanical remains and using both proteomics and isotopes to better understand changes in the economy over time. 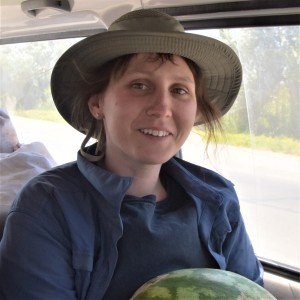 Traci N. Billings is a second year PhD student in the Department of Archaeology at the Max Planck Institute for the Science of Human History. She is interested in the role plant/human relationships play in shaping human subsistence choices, cultural practices, and exchange in Central Asia. She participates in several ongoing projects. Notably, she is analyzing macro-botanical remains from Togolok 1, a second millennium BC urban settlement in Turkmenistan, in collaboration with the Togolok Archaeology Project, a joint Italian-Turkmen team. She is also involved in the collection of isotopic data from North America as part of the IsoMemo initiative. Her primary PhD research project, Biomolecular Archaeology along the Silk Road: Exploring the use of psychoactive plants and fungi in ancient Central Asia, seeks to combine biomolecular methods and archaeological science to develop a greater understanding of past behavior associated with these plants surrounding their medicinal, social, and ritual value. 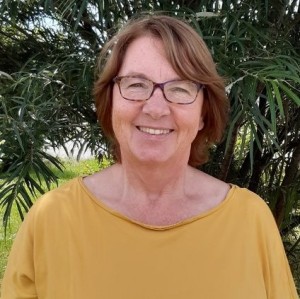 Barbara Zach is the director of the Archäobotanik Laboratory in Bernbeuren and has more than three decades of experience conducting archaeobotanical research across Europe, as well as North Africa, and Central Asia. She is currently working with the MPI SHH and Fredrick Schiller University as the project archaeobotanist on the Kuckenburg project. She is focusing on the study of the paleoeconomy of the Bronze Age occupants of the Kuckenburg site in Sachsen-Anhalt, Germany. Barbara Zach held a research fellowships at the Ludwig-Maximilians-University of Munich, where she studied medieval archaeobotany and worked on material from three ancient towns. She also was awarded fellowships at Goethe University in Frankfurt, where she was concerned with pioneering research in archaeobotany in West Africa and the University zu Koeln as an archaeobotanist for African archaeobotany in Egypt and the Sudan. Barbara holds a diploma in Biology with Botany as major subject from the University of Hohenheim, Baden-Wuerttemberg, Germany.

Dr. Logan Kistler is an environmental archaeologist who uses ancient DNA and genomics to study the evolution of domestic plants and other human-environment interactions. He is curator of archaeogenomics and archaeobotany at the Smithsonian Institution’s National Museum of Natural History, in the Department of Anthropology. His research focuses on combining traditional knowledge and molecular methods to unravel plant domestication, the role of phenotypic plasticity in the onset of domestication, the fundamental evolutionary genomic underpinnings of domestication across species and cultural-ecological contexts, and the domestication of long-lived perennials including tree crops.

Dr. Larsen is the research leader of the biochemistry group at the Max Planck Institute in Jena, Germany. His laboratory applies a wide variety of biomolecular techniques to characterize trophic interactions and understand past lifeways. He pioneered a method called stable isotope fingerprinting of amino acids that can identify the biosynthetic origins of proteinogenic amino acids in animal tissues. His research focuses broadly on how nutritional relationships between consumers and resources affect ecosystem functioning, and how anthropogenic activities affect food webs. He is the co-lead investigator of the LOMVIA project that investigates competitive interactions among North Atlantic seabirds in a warming climate. Thomas obtained his MSc in zoology from Aarhus University and PhD in isotope ecology from University of Copenhagen.